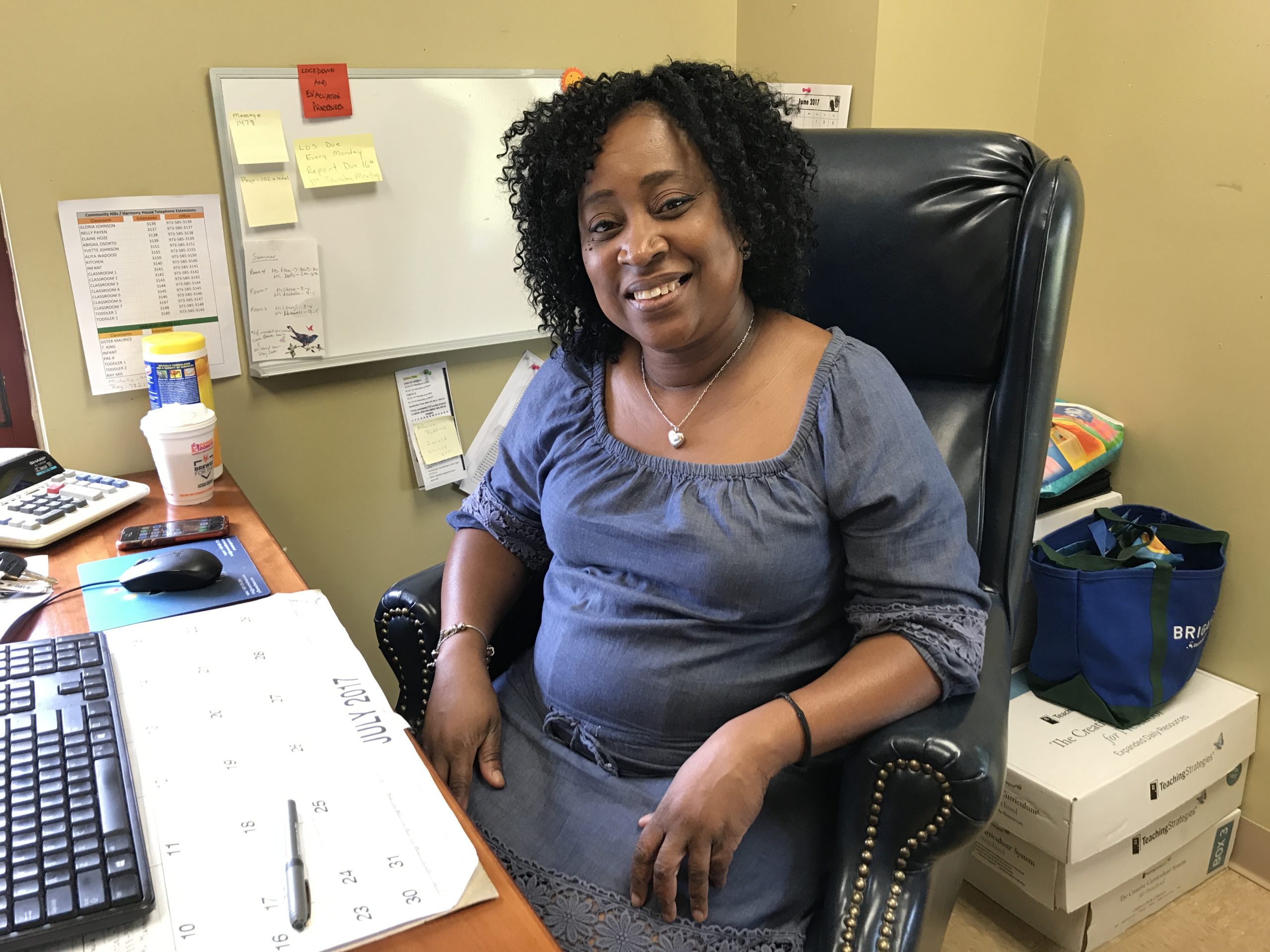 Gloria Johnson is the new director of the Community Hills Early Learning Center.

Although Gloria Johnson is a new face at the Community Hills Early Learning Center, she says taking on the role of director is like coming home.
Johnson was born and raised in Newark and New Community founder Monsignor William J. Linder knew her family from the now closed Queen of Angels Catholic Church and school. She also worked for New Community previously, opening Harmony House Early Learning Center in 2003.
She left HHELC in 2005 because the commute became too difficult after she lost her car. Although NCC tried to help her get a new car, she said it didn’t work out and she continued her career elsewhere.
Johnson has been a child care center director for more than 25 years, including for a corporate child care center under the KinderCare umbrella and a center for Horizon Blue Cross Blue Shield, where she was for eight years. She said there was a bidding process at the Horizon center and a new management group was chosen. In that situation, she said, “The first to go is the center director.”
She interviewed at several centers and worked for about six months at a child care center at Hunterdon Medical Center. She was very happy when she got a call back from New Community, however. The commute from her Rahway home to Flemington was long and draining and she saw the NCC position as a chance for her to advance her career further.
“It’s a great opportunity to grow,” Johnson said of her new role, since she will be working with Newark Public Schools and Head Start.
Both CHELC and HHELC will benefit from Johnson’s experience since she is overseeing both centers.
“Ms. Johnson has more than 20 years of experience in early childhood education and we are happy to have her return to NCC as the director of our child care centers. Her expertise and commitment will be a great asset to the centers,” said NCC Director of Mission Frances Teabout.
Johnson began her new role May 22 and said she already sees that staff morale is up. She said she has an open door policy where employees can come talk to her. She also met with everyone to discuss her expectations of them, but also for herself.
“I call them my team,” she said.
At CHELC, Johnson manages daily functions of the center, supervises teachers and teachers’ assistants, hires new teachers, deals with parent and staff concerns, makes sure enrollment is up and helps the center grow. Johnson works with HHELC Director Sister Maurice Liguori Okoroji, who manages the day-to-day operations at that center, when it comes to overall function.
Johnson has three children: a 29-year-old daughter who lives in Atlanta, a 26-year-old son who attends Ramapo College and an 18-year-old son who attends Union City Performing Arts School and takes classes at Kean University.
Tags: Atlanta, CHELC, Community Hills Early Learning Center, Flemington, Frances Teabout, Gloria Johnson, Harmony House Early Learning Center, Head Start, HHELC, Horizon Blue Cross Blue Shield, Hunterdon Medical Center, Kean University, KinderCare, Monsignor William J. Linder, NCC, New Community, New Community Corporation, Newark, Newark Public Schools, Queen of Angels Catholic Church, Rahway, Ramapo College, Sister Maurice Liguori Okoroji, Union City Performing Arts School