Out of the Ashes Came Hope

You are here: Home » Events » Out of the Ashes Came Hope 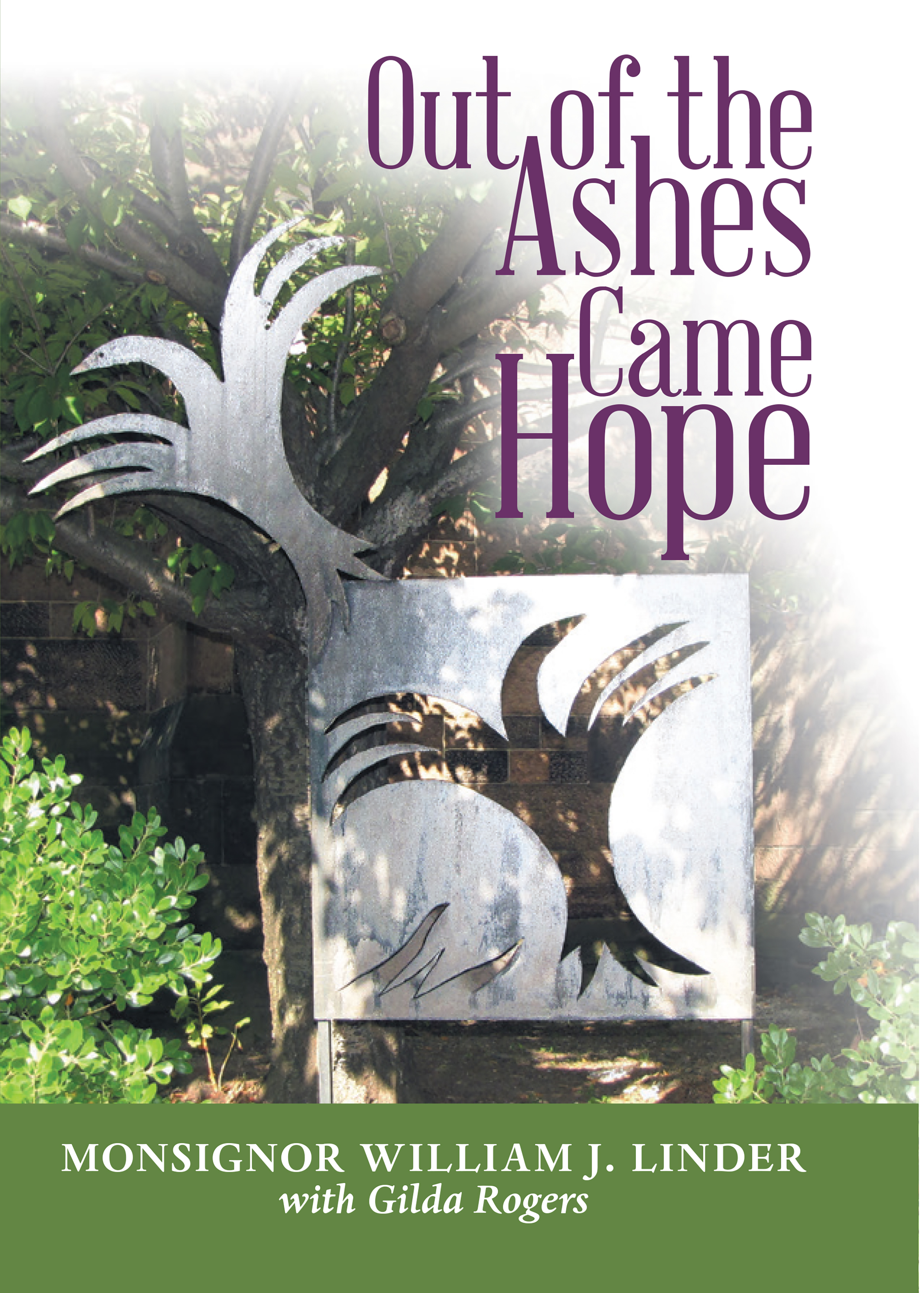 New Community Founder Monsignor William J. Linder has a lifetime’s worth of stories to tell.

His stories have been captured in a newly released book titled, “Out of the Ashes Came Hope.”  The title of his 197-page memoir references a sculpture sitting in front of St. Joseph Plaza, the headquarters of New Community, that many employees pass by each day.

The sculpture, crafted by Netherland artist Frederic Franck, depicts a metallic image of a phoenix rising from the ashes.

In similar fashion, Monsignor Linder’s book illustrates how his personal calling into ministry dovetailed with the social and political upheaval that took place in Newark when he was assigned to pastor an all-black parish, Queen of Angels Church, in 1963.

A symbol of hope, the phoenix theme guides Monsignor’s narrative of how the birth of New Community brought renewed life to Newark’s Central Ward, following the civil disturbances of 1967 that left a city in despair and 26 people dead. Monsignor Linder details his personal account of more than 50 years of active ministry in Newark, which included his experiences marching for civil rights in Selma, Al., traveling to Ethiopia and meeting top government officials and sparring with former Newark politicians.

An inspiring and timely memoir, “Out of the Ashes Came Hope” illuminates a period of both racial tension as well as progressivism—not unlike modern times.

“Out of the Ashes Came Hope” is available in hardback, paperback and ebook on Amazon.