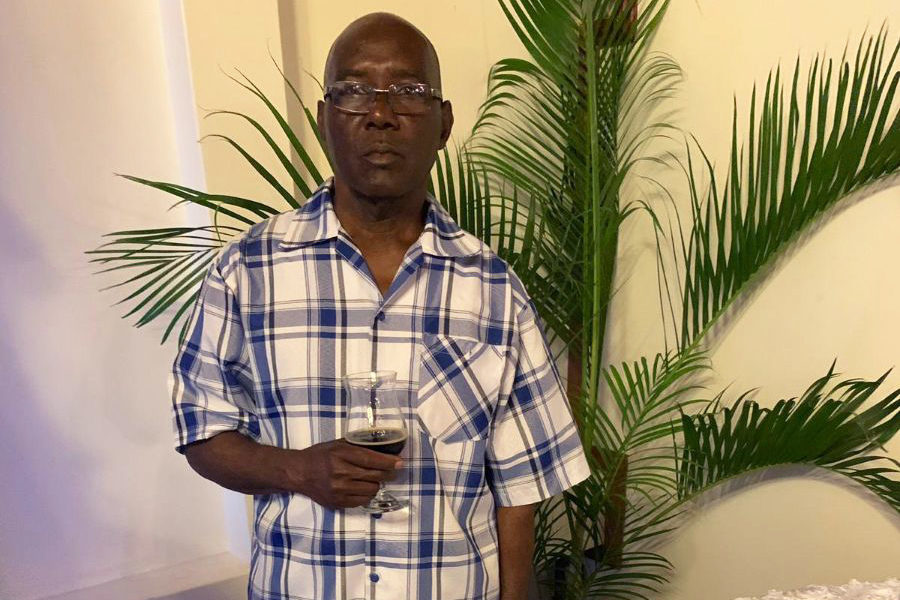 The New Community family recently lost longtime maintenance worker Terrence Dhainy. He was an employee at Harmony House, New Community’s transitional housing facility for homeless families, for more than seven years when he passed away Jan. 7 at the age of 64.

His loss has had a big impact.

“Mr. Terrence was a man of principles and peace. He was always able to speak his mind when things were not in line with his beliefs but he did it in a respectable manner. Mr. Terrence showed pride in his work and was an absolute joy to work with,” said Harmony House Director Yonette Fredericks. “We have lost a great man but he will always be remembered. May his soul rest in peace.”

New Community was a big part of Terrence Dhainy’s life, according to his son Marlon Dhainy.

“He loved his job and the people that he worked with were not just his coworkers. He spoke of them as if they were his family,” Marlon said. “He could not wait to show off his cooking skills to them with his cook-up rice and pepper pot.”

Terrence was born in Guyana and spent most of his childhood living with his grandmother, aunts and uncle. He enjoyed school as a child and after completing his studies at St. Anthony Roman Catholic School, he joined the Guyana Police Force. While on the force, he attended Government Technical Institute where he studied electric installation. He left law enforcement to pursue other jobs and moved to the United States in 2010.

Throughout his life, Terrence enjoyed helping people. He led the Guyana Boy Scouts and was always looking out for others.

“He was a very loving, kindhearted, friendly and hardworking person,” Marlon said. “Even in his last days, he was worrying about other people.”

Terrence leaves behind a wife, five children, nine grandchildren, a mother, a sister, two brothers, a daughter-in-law, many cousins, other relatives and an abundance of friends.

“We should all find comfort in the years of memories we were given through the time we all spent with him,” Marlon said. “A lifetime worth of laughter, smiles and stories.”