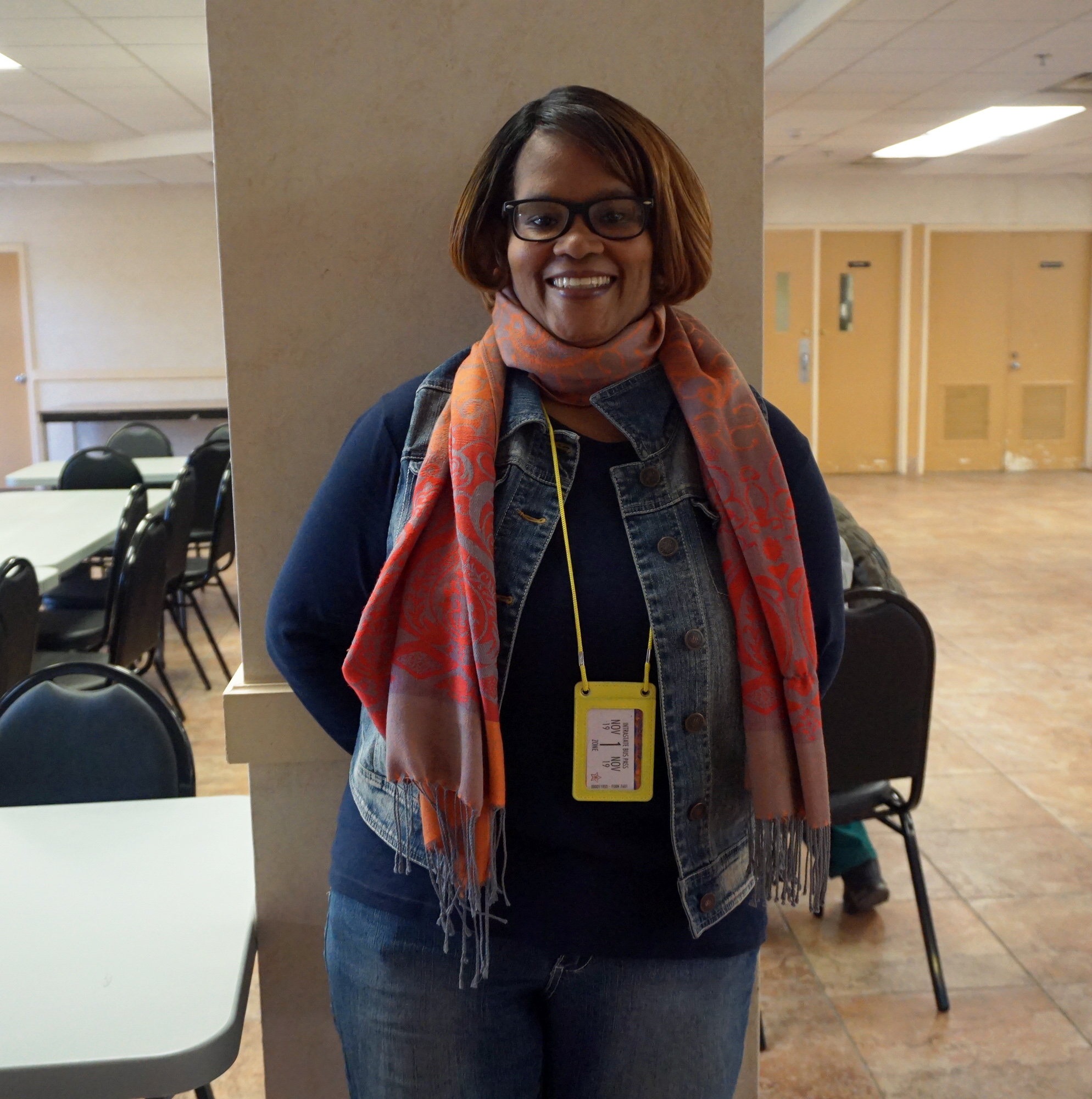 Tynise Gordon began volunteering with New Community last year. She was then hired part-time and now serves as a Home Friend full-time.

Tynise Gordon has always enjoyed helping others. That desire to help has led to a full-time job with New Community.

Gordon worked as a nursing assistant for 18 years at University Hospital, when it was called UMDNJ, before leaving that role for health reasons. She was diagnosed with Guillain-Barré syndrome (GBS), a condition where the immune system attacks the nerves. Gordon said her hands and feet get numb and tight, particularly in the cold weather. Because she was unable to do a lot of heavy lifting, which was required as a nursing assistant, she left that position.

Because she likes to stay busy, Gordon decided to volunteer at the Better Life Engagement Center on Fourteenth Avenue in Newark, helping in the kitchen and at the front desk. She has lived in NCC housing for a few years and the facility is near to her home.

She moved on from Better Life and began volunteering with NCC’s Resident Services Department last year, helping out as an office receptionist and with the Emergency Food Pantry at 220 Bruce St., Newark. She made a good impression and when a part-time position as a Home Friend opened up, Gordon applied and got the job. She excelled in the role and became a full-time Home Friend soon after.

“Tynise has shown potential growth as an individual and as a team player; always wanting to do better,” said Home Friend Program Coordinator Flavia Pinheiro. “Her main goal is to make her clients happy, even if it’s going the extra mile.”

As a Home Friend, Gordon provides light housekeeping services to senior citizens in the Central Ward of Newark who have only Medicare and are in need of extra help with daily living. In addition to cleaning and doing laundry, Gordon will run errands like picking up a few items from the supermarket. She has even taken some clients to the Post Office to mail letters and get money orders.

In addition to doing tasks for her nine clients, Gordon also gets to know them through conversations. The talks are beneficial for the clients and Gordon.

“These clients, when I’m down, they lift my spirits up,” Gordon said. “I always like to hear their stories.”

Gordon has her own stories to tell, which are part of a book she’s working on titled “From My Mess to My Message.” It chronicles the ups and downs in her life, including being the victim of a shooting at age 11 and a mugging at age 16.

When she was 14, Gordon told her mother she was afraid to go outside in her Newark neighborhood. She moved to Piscataway with her aunt and graduated from Piscataway High School. While in Piscataway, she spent weekends and holidays in Newark and returned to the city permanently to help her mother when her father got sick. Now she understands her fear wasn’t of Newark but of the actions of a few. She is still cautious, but says she would take those steps in any neighborhood.

Gordon comes from a large family with seven siblings. She has a 10-year-old daughter who does well in school and participates in ballet and hip hop.

Gordon is active in her church and is part of the hospitality ministry. She also is artistic, able to create party favors for events like weddings, graduations and bar mitzvahs. She used to make creations as a business with a partner but the two went their separate ways. Now Gordon will provide favors for those she knows and for others through word of mouth.

While Gordon is grateful for her job at New Community and enjoys being a Home Friend, she hopes to advance. But she wants to grow within NCC instead of leaving for another organization.

“I really like working for New Community because it’s a diverse company and because they like helping the community,” Gordon said.