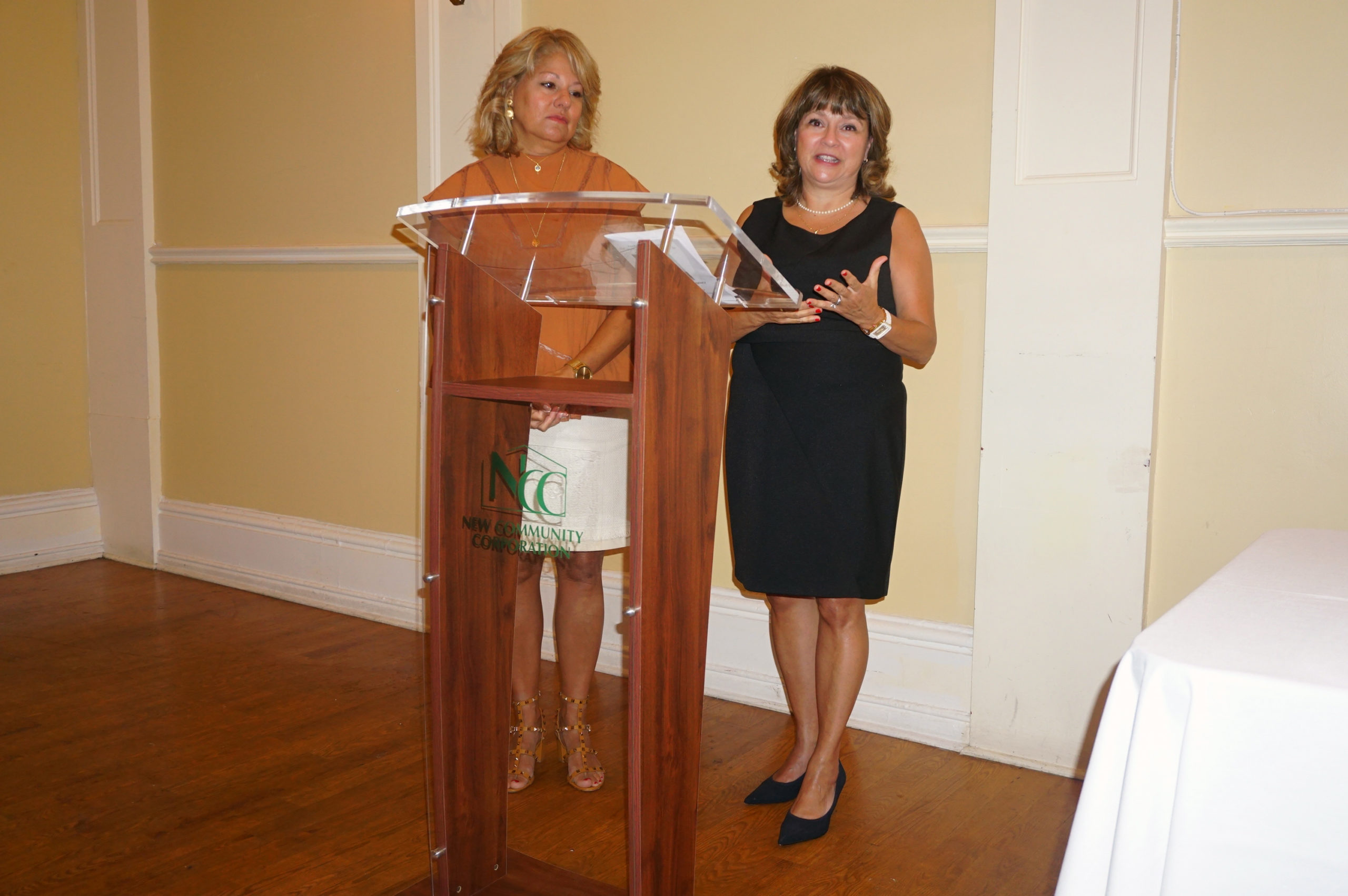 New Community held a Memorial Mass remembering Joe Rodriguez, who served as the executive chef at the organization for nearly 33 years. He had retired in January and passed away Aug. 10 at the age of 84. Rodriguez’s family members, friends and colleagues gathered at St. Joseph Plaza Sept. 27 to honor and remember him.

“Joe’s Memorial Mass and reception was a beautiful, warm gathering of friends and family,” said New Community CEO Richard Rohrman. “We enjoyed each other’s company and shared stories that were both funny and underscored Joe’s seemingly bottomless kindness and compassion. He was a great man who went about his goodness quietly and without any fanfare. We will miss him.”

Father Beatus Kitururu led the mass and pointed out that Rodriguez was always smiling, citing photos of him in the room.

“Now that smile tells you the personality of the person. He’s a person full of faith,” he said. “Joe went through some very difficult times but you can see he is always full of smiles. Because all things are good for those who love God.”

“Joe was a great person. He never said no to anyone,” she said, citing the many Thanksgiving meals he made for those in need over the years. “He never complained about anything.”

Extended Care Administrator Veronica Onwunaka worked with Rodriguez for 28 years. She talked about his dedication to the nursing home and its residents, explaining that he never missed Thanksgiving or Christmas, he didn’t call out sick, he would come to the facility in snowstorms and that he was dedicated to his job even when he was caring for his late wife when she was ill.

“So for the family members that are here today, on behalf of [late NCC Founder] Monsignor [William J. Linder] and the entire, hundreds of thousands of residents that Joe fed over so many years, we really thank you,” she said.

NCC Director of Mission Frances Teabout told those in attendance that she always thinks of Rodriguez when she hears a famous IHOP slogan.

“Any time I heard ‘Come Hungry, Leave Happy,’ I always thought about Joe. Joe was such a wonderful gift to all of us here at New Community. We always came hungry if we knew that Joe was cooking. And no doubt, you always left full and happy,” she said.

“Joe was a christian, a devout Catholic. And he followed those words of Jesus,” she said. “He had compassion.”

Two of Rodriguez’s daughters spoke at the Memorial Mass in his honor. They said their father loved working for New Community and Monsignor Linder.

“Every time Father Linder accomplished anything, Dad accomplished something because he was so happy. And I see that he loved all of you,” said daughter Anne Marie Ventura. “And as much as he didn’t like parties and everything else, I think he would’ve been very pleased that we’re all assembled together for mass here in his honor. I can’t think of anything better.”

Joyce Hessemer, another one of Rodriguez’s daughters, agreed that her father loved New Community and was extremely dedicated to his work. She said she wished he had more time to enjoy his retirement, but she knows he’s in a good place.

“I can’t be sad and think about all the things he could’ve done in his retirement because he’s with God,” Hessemer said. “He’s having the best retirement he ever could have.”