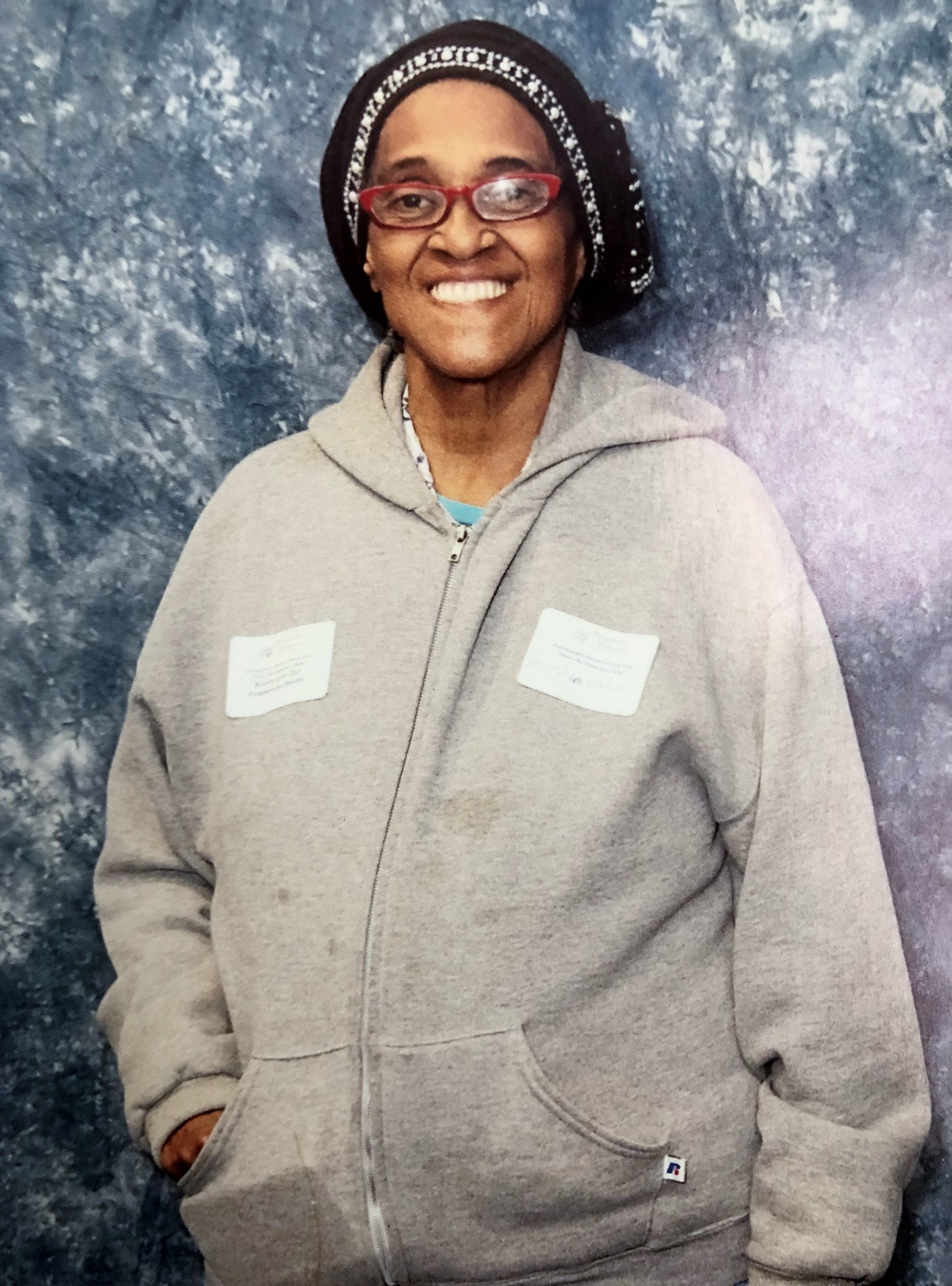 Those who enter the Community Room at Associates see a tribute to Marilyn Watson, a longtime New Community resident who passed away March 16 at the age of 70. A chair sits in the room with a teddy bear and a shirt with her name to remember the neighbor and friend who participated in so many building events.
The gesture touched Watson’s family members. Granddaughter Samaya Holston said she was shocked when she saw it.
“I didn’t think she had left such a mark at NCC,” Holston said. “And seeing that, I got emotional.”
Watson was a very active individual. She participated in Associates events and trips, including health education workshops and excursions to Walmart and restaurants.
“She was a good resident and a good person,” said Resident Services Coordinator Anne Moran.
Watson was born in Goldsboro, North Carolina in 1948. She later moved to Newark and graduated from West Side High School. She was married for more than 30 years to her late husband Robert Lee Watson. The pair had two children: Wayne Flanigan and Tonia Flanigan-Gunther. She had 13 grandchildren and three great-grandchildren.
Holston said her grandmother was very energetic and talkative and she never missed an opportunity to take a bus trip, including to far places like Las Vegas and Georgia.
“We used to call her Queen Greyhound,” Holston said. “She was real adventurous. She didn’t just want to stay in the house.”
Watson loved to sing and dance. She was part of a singing group with her sister in the 1970s called the Singing Stars.
She had a career in nursing, working at a nursing home in Elizabeth. She had to retire early due to the progression of lupus, which ultimately led to her passing.
“She was always in pain but real active,” Holston said.
Watson was very social in her building and enjoyed going down to the Community Room often.
“She liked NCC housing,” Holston said. “Everyone knew her there.”
Tags: Anne Moran, Associates, Elizabeth, Georgia, Goldsboro, Greyhound, Las Vegas, lupus, Marilyn Watson, NCC, New Community, Newark, North Carolina, Queen Greyhound, Robert Lee Watson, Samaya Holston, Singing Stars, Tonia Flanigan-Gunther, Wayne Flanigan, West Side High School