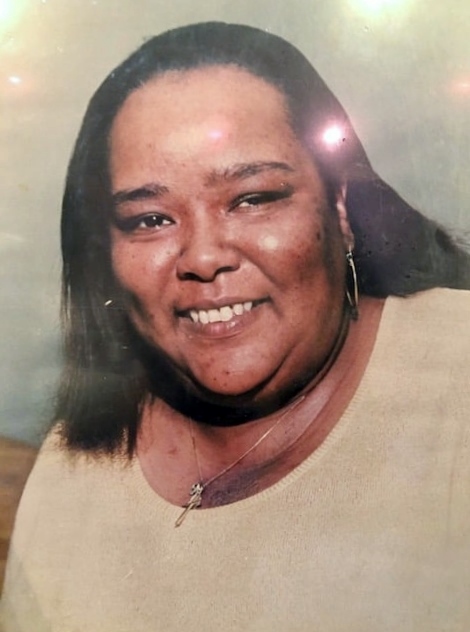 Joyce Bates worked for New Community’s New Start Program for 17 years and was a resident of Extended Care. Photo courtesy of Crystal Bates.

New Community lost a long-time member of the community with the passing of Joyce Bates Jan. 20 at the age of 64. She was an NCC employee for 17 years and lived at Extended Care for the last several years of her life.
Her only daughter Crystal Bates said Joyce loved working with New Community and was very involved. She said her mother wrote a column in the Clarion called Grandma’s Corner, drawing from her own experiences as a grandmother, and was one of the coordinators for the parade New Community used to organize. It was at the parade in 2012 that Joyce had her first stroke and her health began to deteriorate.
Because of Joyce’s strong connection to New Community, Crystal felt comfortable with her moving to Extended Care.
“She had been with New Community for such a long time,” Crystal said. “This was one of the reasons why I did not mind putting her in Extended Care when it came time for us to decide on a nursing home. Because I kind of felt like that was family.”
While at Extended Care, Joyce became an advocate for residents. Extended Care Administrator Veronica Onwunaka said she positively contributed to the nursing home.
“She spoke out for everyone. She didn’t just look out for herself alone,” Onwunaka said. “She advocated for other people to ensure that we provided the best quality care that would benefit everyone.”
Crystal said her mother was vocal about situations she believed needed to be changed. She said Joyce was good friends with New Community Founder Monsignor William J. Linder, who also lived at Extended Care, and spoke with him about her ideas until his passing last June.
“She was a take charge person. She had a very strong personality, a very loving personality,” Crystal said of her mother. “Wherever she went, she made friends.”
Joyce was born in Jacksonville, Fla., but moved to Newark when she was 4 years old and never left. She graduated from Peshine Avenue Elementary School and Weequahic High School. She attended Essex County College and Rutgers University, where she earned a bachelor’s degree in social science.
Before coming to work at New Community, Joyce worked with the Urban League of Essex County, the United Community Corporation and Newark Beth Israel Medical Center, where she served as outreach coordinator for teen parenting and boarder babies prevention programs.
“She was known for teaching outreach to the community as well as teaching workers within New Community and outside of New Community at neighboring agencies,” Crystal said.
Crystal said many of Joyce’s former coworkers attended the funeral and sent their condolences for her loss.
“She touched anybody that she met,” Crystal said. “And I didn’t know she was as loved as she was.”
Tags: Clarion, Crystal Bates, Essex County College, Extended Care, Jacksonville, Joyce Bates, Monsignor William J. Linder, NCC, New Community, Newark, Newark Beth Israel Medical Center, nursing home, Peshine Avenue Elementary School, Rutgers University, United Community Corporation, Urban League of Essex County, Veronica Onwunaka, Weequahic High School