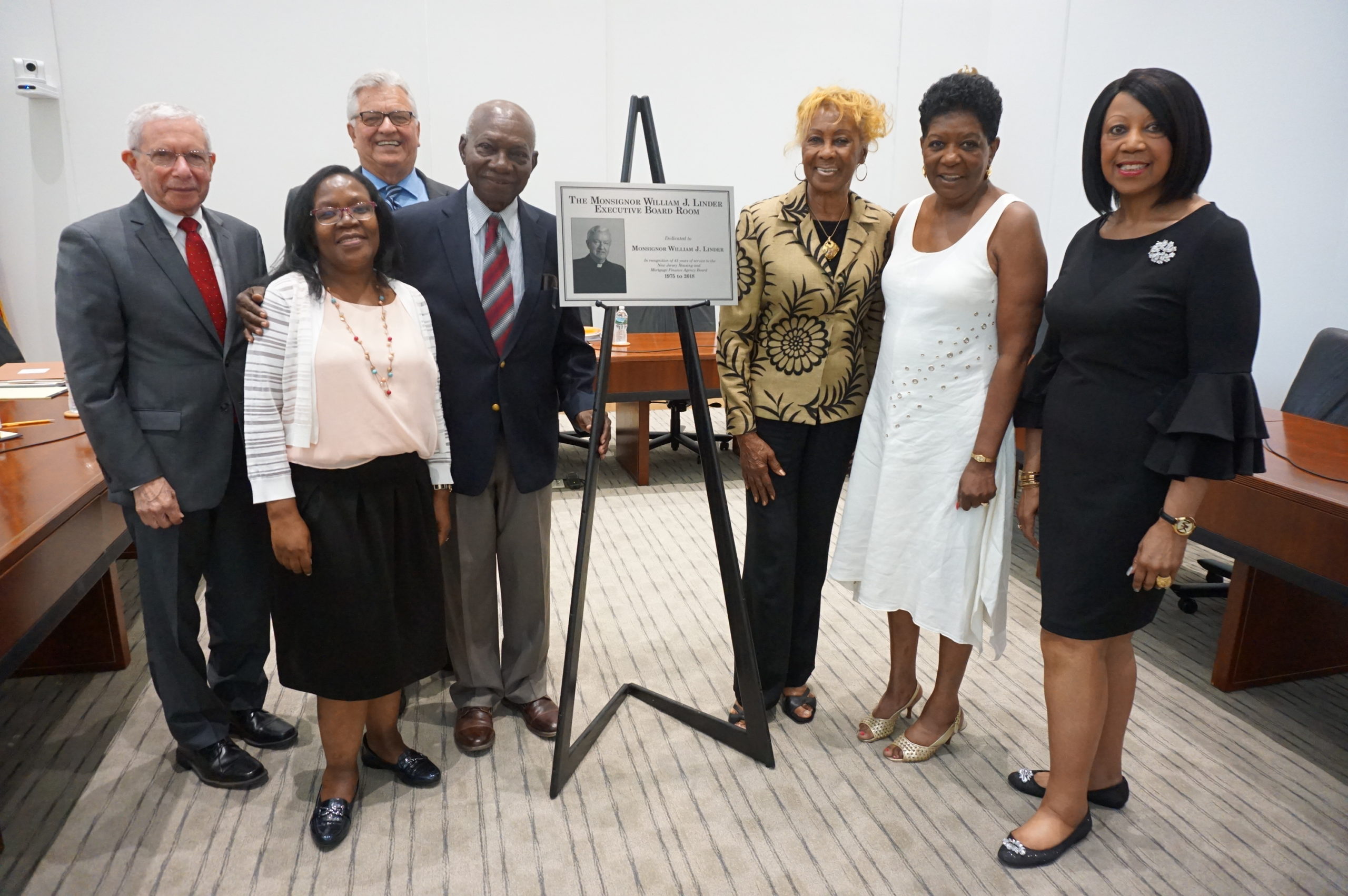 The New Jersey Housing and Mortgage Finance Agency (NJHMFA) dedicated its board room to New Community Founder Monsignor William J. Linder during a board meeting Aug. 9 in Trenton. Monsignor Linder was a member of the board for NJHMFA for 43 years.

“Being the ingenious person that he was, he paid attention to the reports from all of these staffers and he began to connect the dots of understanding how he could revitalize the Central Ward of Newark and create affordable housing,” Oliver said. “But also his focus was all the other things that are needed and required to contribute to a good quality of life.”

Oliver talked about the many services New Community began to provide under Monsignor’s leadership, from housing to health care to education, and how he was a constant at Newark City Hall.

“He had no difficulty speaking truth to power. And as a result, he was a vociferous voice for underserved populations,” she said.

Oliver said that although Monsignor is no longer here, New Community continues to follow his vision and serve the community in positive ways.

“If anyone is deserving of having a room at New Jersey Housing and Mortgage Finance Agency named after him, it certainly is Monsignor William J. Linder,” she said.

New Community representatives were in attendance to witness the dedication, show their appreciation and say a few words.

“He was very proud of the part he played over 40-plus years with HMFA and all the things that were accomplished,” said New Community CEO Richard Rohrman about Monsignor. “He made a lot of friends and those of you who know him, he made a few enemies. But the unique thing about him was that he would never hesitate to further the needs of the underserved.”

NCC Board President Dr. A. Zachary Yamba said Monsignor would not have agreed to have a room named after him.

“But of course now, we can override him and do that which is right — to remember the legacy, to carry out the vision and the purpose with which he served the city of Newark and indeed the state of New Jersey and the rest of the nation,” Yamba said.

Retired HUD Director and NCC Consultant Diane Johnson said Monsignor was always willing to fight for what he believed was right and needed, but he was more than that as well.

“Monsignor Linder was not only a fighter, he wasn’t only just a visionary, but he was truly a man of God that certainly carried out the vision that the Lord had for his people,” Johnson said.