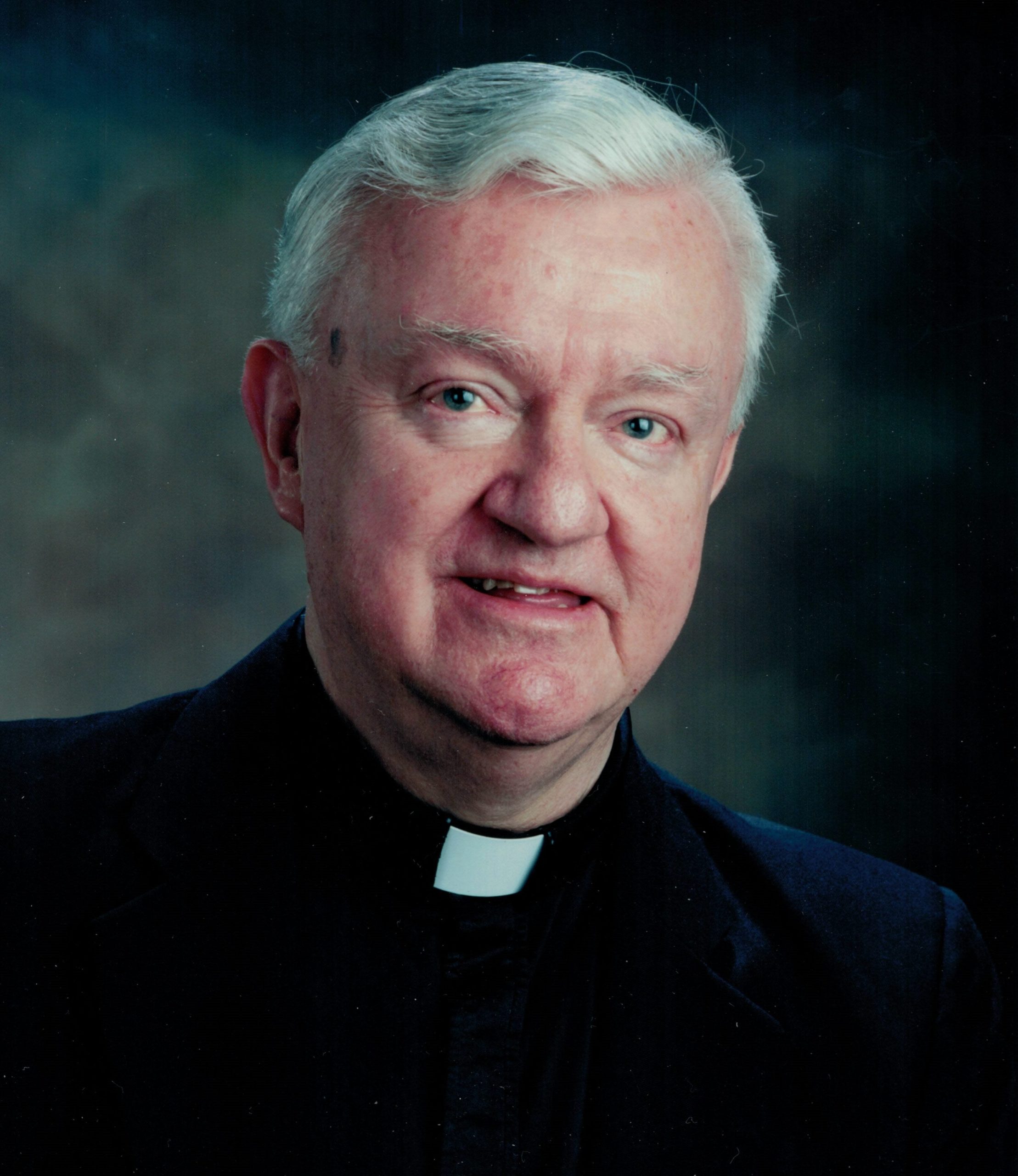 Monsignor William J. Linder lived a life of service, helping to better the lives of countless individuals during his time on earth. Many of those people gathered to pay tribute to him after his passing June 8 at the age of 82.

Monsignor served others as a priest following his ordination in 1963. Five years later, he founded New Community Corporation, which has served inner-city residents for 50 years and continues to provide critical services like housing, job training, health care and child care.

Those who knew him say he fought to get what was needed for community members and helped others without expecting anything in return.

“He touched so many people. And he didn’t do this from up on high. He did it right in front of you, face to face, shaking your hand and walking you through his vision of where he wanted you to be,” Rohrman said. “The people of the city of Newark have lost their greatest and most persistent champion. There is physical evidence of Monsignor Linder’s legacy throughout the city, but his most important legacy is the difference he’s made in many people’s lives through the New Community mission.”

Upon its founding in 1968, New Community Corporation has had the mission “to help residents of inner cities improve the quality of their lives to reflect individual God-given dignity and personal achievement.” Monsignor lived by that mission and worked to ensure those that needed assistance got it.

Housing was a major need. The first NCC housing development, Homes Court, which provided family housing, opened in 1975. Construction on the most recent, A Better Life, a supportive housing facility for chronically homeless individuals that Monsignor envisioned, was completed in 2017. In between, Monsignor oversaw the creation of numerous housing facilities for seniors and families in Newark, Englewood, Jersey City and Orange.

He was also at the helm of NCC when it opened the New Community Federal Credit Union in 1984, took on the renovations at St. Joseph Plaza in 1985 and opened the nursing home, New Community Extended Care, in 1986.

Harmony House, New Community’s transitional housing facility for homeless families, began housing people in 1989 and the Pathmark Shopping Center opened in 1990, helping to alleviate the food desert that existed in Newark at the time. Monsignor welcomed Gov. James Florio to the grand opening of the shopping center.

Monsignor was very involved in education, even before the founding of New Community. He established the Queen of Angels – Seton Hall University Remedial Reading Program in 1964 at the Newark parish to which he was assigned after his ordination. He served as the administrator of the Queen of Angels Parish School from 1966 to 1973.

In addition to these services, Monsignor established the Monsignor William J. Linder Scholarship Fund, which has helped families afford to send their children to Catholic high schools. The goal was to provide a good educational foundation and encourage the students to continue on to college.

Children and parents have expressed their gratitude over the years, saying the scholarships allowed for them to attend a school they otherwise wouldn’t have been able to afford. The scholarship fund remains in place to continue to help young people get a head start on pursuing their dreams.

Family, friends, colleagues and members of the community celebrated Monsignor’s life and accomplishments at two masses: one at St. Rose of Lima where he served as pastor and the other at Cathedral Basilica of the Sacred Heart, the home church of the Archdiocese of Newark, where he was ordained May 25, 1963.

Father Beatus Kitururu, who is very involved in NCC and knew Monsignor well, delivered the homily at the St. Rose of Lima mass. He discussed how Monsignor’s faith played a large role in his life and because of that faith he was able to help so many others.

“Those who knew well Monsignor Linder realized that he never gave up on anybody,” Father Kitururu said during his homily. “He stood to the end by those who needed the love of God even when some cheated him or betrayed him or spoke ill of him.”

Father Philip Waters delivered the homily at the Cathedral Basilica of the Sacred Heart mass. He focused on how Monsignor worked hard and successfully helped the people of Newark.

“Many other efforts in the city were built on sand — but his were built on the rock of faith which stood against all the storms that blew against them. Many other programs have been blown away. NCC endures,” Father Waters said in his homily. “But this man who was willing to walk with the poor and the disenfranchised built a legacy which will last as long as people of faith are willing to grasp his vision.”

Monsignor didn’t keep himself apart from those he served. In retirement, he remained a Newark resident and when he needed additional medical care, he moved into New Community’s nursing home, Extended Care. He also decided prior to his passing that he wanted the funeral home that provided services for the patients who could not pay to handle his arrangements.

At the repast celebrating Monsignor’s life and legacy, which was held at St. Joseph Plaza following the funeral mass June 16, those in attendance were encouraged to share their memories. More than a dozen took to the microphone to tell the crowd how Monsignor impacted their lives.

Several talked about how once they met Monsignor, he directed their path in life and had great vision for their future, often seeing something for them that they didn’t see themselves. Many also discussed how he taught them what service to others truly meant and inspired them to give back.

“The one thing that I learned from him and New Community was service,” said Cecilia Faulks, New Community’s first employee. “He taught me service was the righteous way of living.”

Gilda Rogers, who helped Monsignor write his memoir “Out of the Ashes Came Hope,” said, “I just learned from him in the two-year process working with him on that book what it really meant to be of service to people. I thought I knew, but I didn’t.”

New Community Board member Edgar Nemorin said Monsignor pulled God-given talents out of everyone and positively influenced them.

“I’m eternally grateful to him,” Rohrman said. “It’s been just a wonderful experience starting for me in 1981 working with him. And he’s really put me in a place that I never would have been without him.”

Although Monsignor is no longer physically present, the mission he created remains the driving force behind New Community Corporation. Rohrman said NCC will continue to serve residents with Monsignor’s vision in mind.

New Community Board Member Dr. Zachary Yamba spoke prior to the mass at St. Rose of Lima, saying he is grateful for Monsignor’s love, kindness and humanity.

“He always remained true to those who were downtrodden and poor and in need of help,” Yamba said. “And so the board members will continue to remain true to his vision because that vision and that legacy should not die with him.”