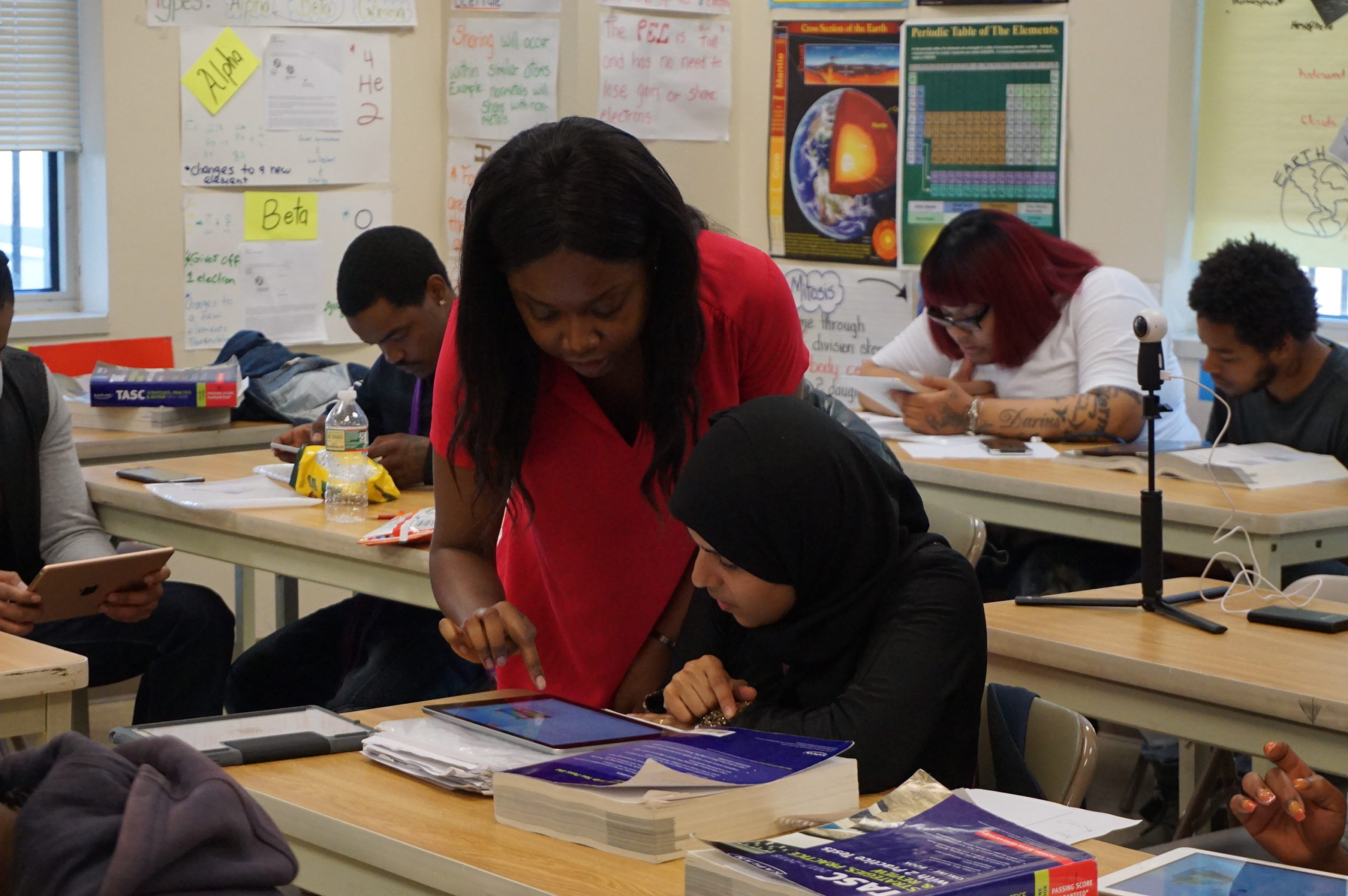 Computer programming is an in-demand field with high paying jobs and has been called the most important job skill of the future. For many, the ins and outs of how computer programs work are a mystery.

But students in the New Community Workforce Development Center Academic Enrichment program were introduced to that world thanks to the Newark City of Coding Initiative.

New Community Workforce Development Center has been identified as a community-based partner to provide basic coding services as part of the Newark City of Coding Initiative, which is led by Rutgers-Newark under the leadership of Senior Vice Chancellor for Administration and Economic Development and Chief Financial Officer Arcelio Aponte. The goal is to align institutions of learning, economic development and community-based organizations “to create a citywide ecosystem that cultivates a culture of coding and digital agility.”

The Newark City of Coding Initiative brought New Community Workforce Development Center into a collaborative partnership with Apple. Apple provided training sessions prior to the day-long look at coding and iPads for the students to use. Academic Enrichment students are Newark residents between the ages of 16 and 24 who are working to obtain a high school diploma.

New Community Fellow Akua Achampong participated in the training sessions hosted by Apple representatives starting in October. She was the facilitator and instructor for the introduction to coding session the Academic Enrichment students participated in May 9.

Using the iPads, the students learned the basics of coding with Swift Playgrounds, an app that teaches the coding language Swift.

Students enjoyed the opportunity to be exposed to coding, which was new for many of them.

“It was a great experience for me because it gave me the idea to get into computers,” said Nafeesah Loyal. “It opened my eyes and horizons to the computer world. I want to learn more.”

Sandro Boutros agreed that the day was worthwhile. “This was the first time I heard of coding,” he said. “I was recording it so I can re-watch it at home so I can learn more.”

Academic Enrichment Lead Instructor Odette Phillip said it was good for students to get a behind-the-scenes look at apps.

“This activity had them really engaged,” she said. “And it gave them an opportunity to think about different careers they might want to pursue.”

While the one-day experience was beneficial, New Community Workforce Development Center Director Rodney Brutton hopes the school can offer a full program in the future.

“Being able to offer a basic coding class related to computer science fits into our long-term plan to diversify our course offerings,” he said. “Ultimately we would like to offer a certificate-based coding program that lends itself to students ultimately earning an associate or bachelor’s degree in computer science.”

Brutton said the next step is to talk with Apple about the program and curriculum. He said Apple would help with development.

For more information about New Community Workforce Development Center and its offerings, visit newcommunity.org or call 973-824-6484.