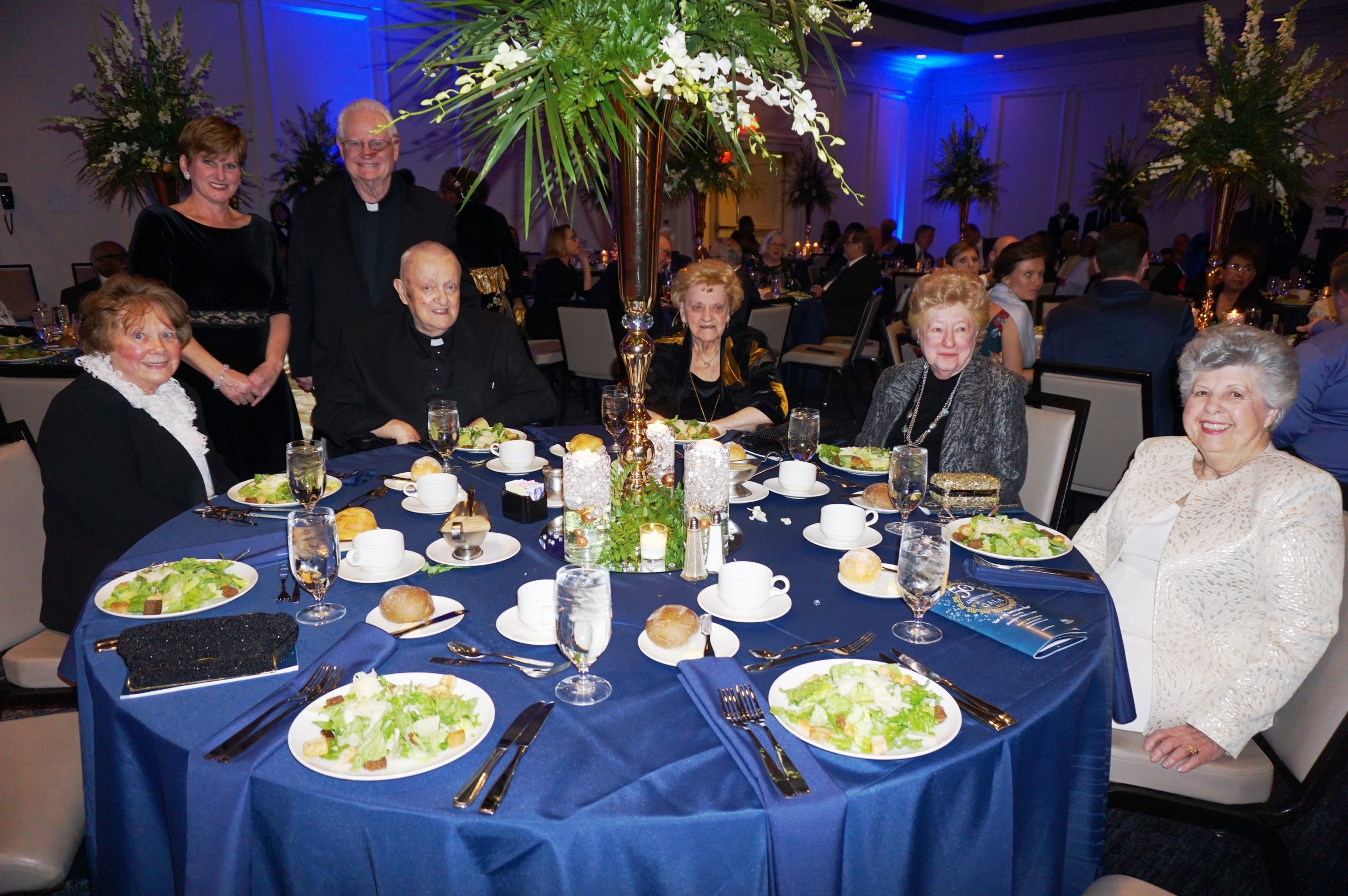 Guests dressed in suits and gowns enjoyed a cocktail reception, formal dinner and dancing at the Hilton Meadowlands in East Rutherford. Music was provided by Kit McClure Band, an all-female big band.

“The 50th Anniversary Gala was such a wonderful night. We honored Monsignor Linder for his leadership and vision and Madge Wilson and Newton Richards for their long service as members of our Board of Directors,” said New Community CEO Richard Rohrman. “It was also a much deserved opportunity to thank the New Community family and staff who make us who we are, and support us every day. It was good friends, good food, good music and an all-around good time.”

Claremont Construction Group Inc., which has been associated with New Community for decades, served as the Anniversary Sponsor for the event. The company has been instrumental in many NCC projects, including the recent completion of A Better Life, New Community’s newest facility to serve the chronically homeless, and the current renovation projects at four of NCC’s Newark properties.

“What they did for us, especially with this event, they’re spectacular,” Monsignor Linder said of Claremont. “More things wouldn’t happen in New Community if it wasn’t for them.”

Rohrman provided a welcome message and thanked everyone in attendance for their support and dedication to New Community’s mission.

Monsignor Linder also provided remarks, commenting that he was happy to be present to see New Community reach the 50-year milestone.

Mistress of Ceremonies Diane Johnson, retired field office director for the U.S. Department of Housing and Urban Development and a consultant for NCC, talked about the many offerings of New Community, which provides services to inner city residents of all ages, from day care to a nursing home.

A highlight of the gala was the presentation of a video showcasing Monsignor Linder and stories from those who know him well. It also featured several people who have directly benefited from New Community’s services.