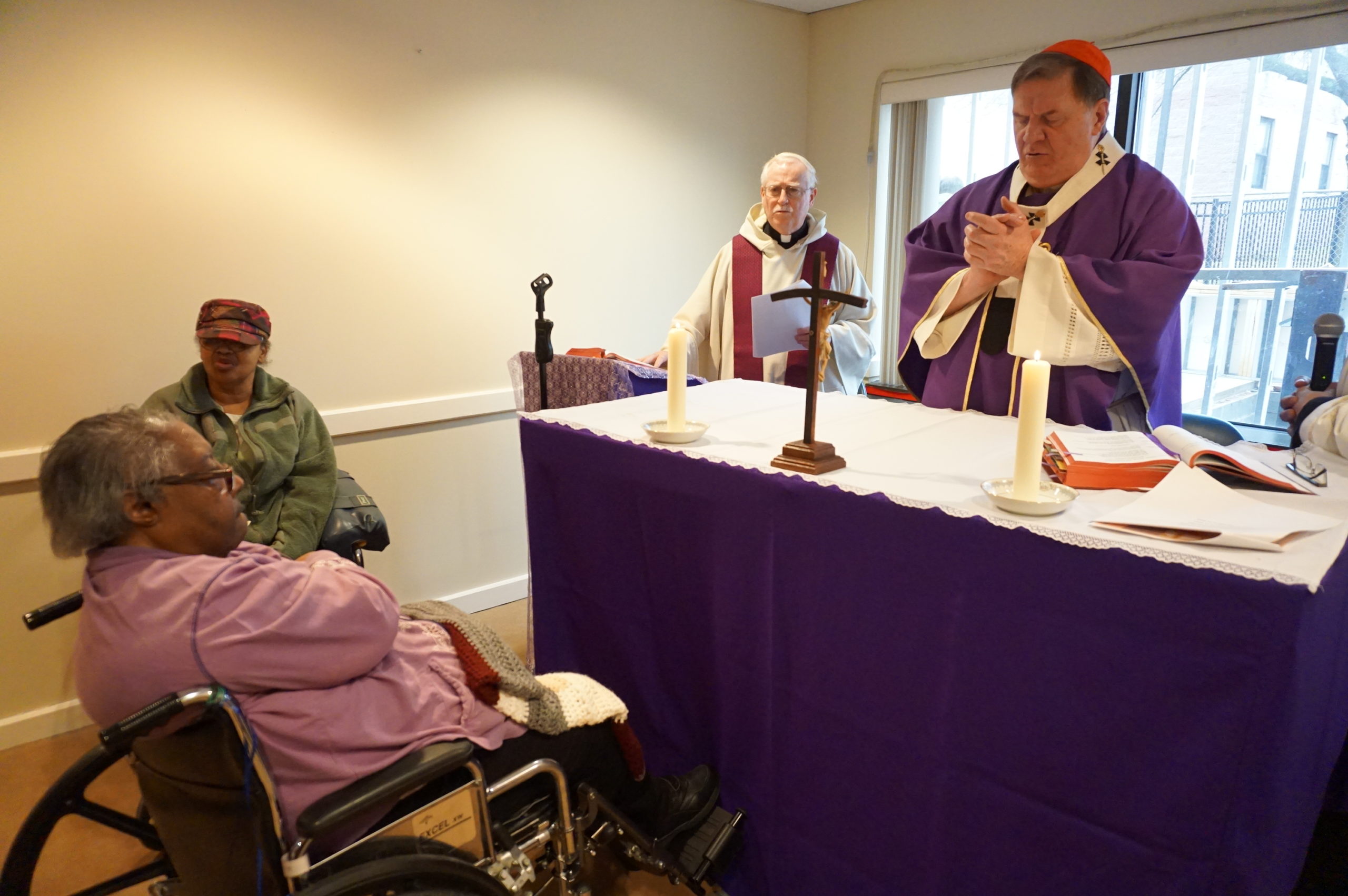 New Community Founder Monsignor William J. Linder invited Tobin to see the nursing home chapel, which is dedicated to Pope Francis and is getting expanded, by sending him a letter. Tobin accepted the offer.

Tobin introduced himself to residents with words from Genesis, the first book of the Bible.

During his sermon, Tobin spoke about the reason for fasting during Lent.

“We fast because it connects us with God and connects us especially with our brothers and sisters who are without,” he said.

He also encouraged everyone to think about others and not just themselves, at this time of year and always.

Many residents came down to celebrate mass with Cardinal Tobin, filling the hallway outside the chapel. To ensure everyone heard his words, staff members set up a microphone and speaker in the hallway. Following mass, Cardinal Tobin also addressed residents in the Activity Room.

He talked about growing up as the oldest of 13 children in Detroit and how his mother reacted when he became a cardinal.

Tobin was named a cardinal under the leadership of Pope Francis and sees him occasionally. He said he would inform Pope Francis that Extended Care has a chapel dedicated to him.

“I see him from time to time and I’m going to tell him that your building here has a chapel dedicated to him,” Tobin said about Pope Francis. “And I’m going to say to him if you’d really like to come see Newark, you can come and you can have mass here.”

“The visit was fantastic. And it did so much for the morale of the place. So many people really got excited about it,” Linder said.

Tobin and Linder spent about 10 minutes talking before the mass began. Linder said, “You can see why he gets along so well with the pope.”

Extended Care Administrator and Director of Health and Social Services Veronica Onwunaka was honored to host Cardinal Tobin at the nursing home.

“The visit to us brought peace, healing, hope. Most importantly it brought this aura of God’s presence in our facility. And it has left a lasting legacy that will never, ever be forgotten,” she said.