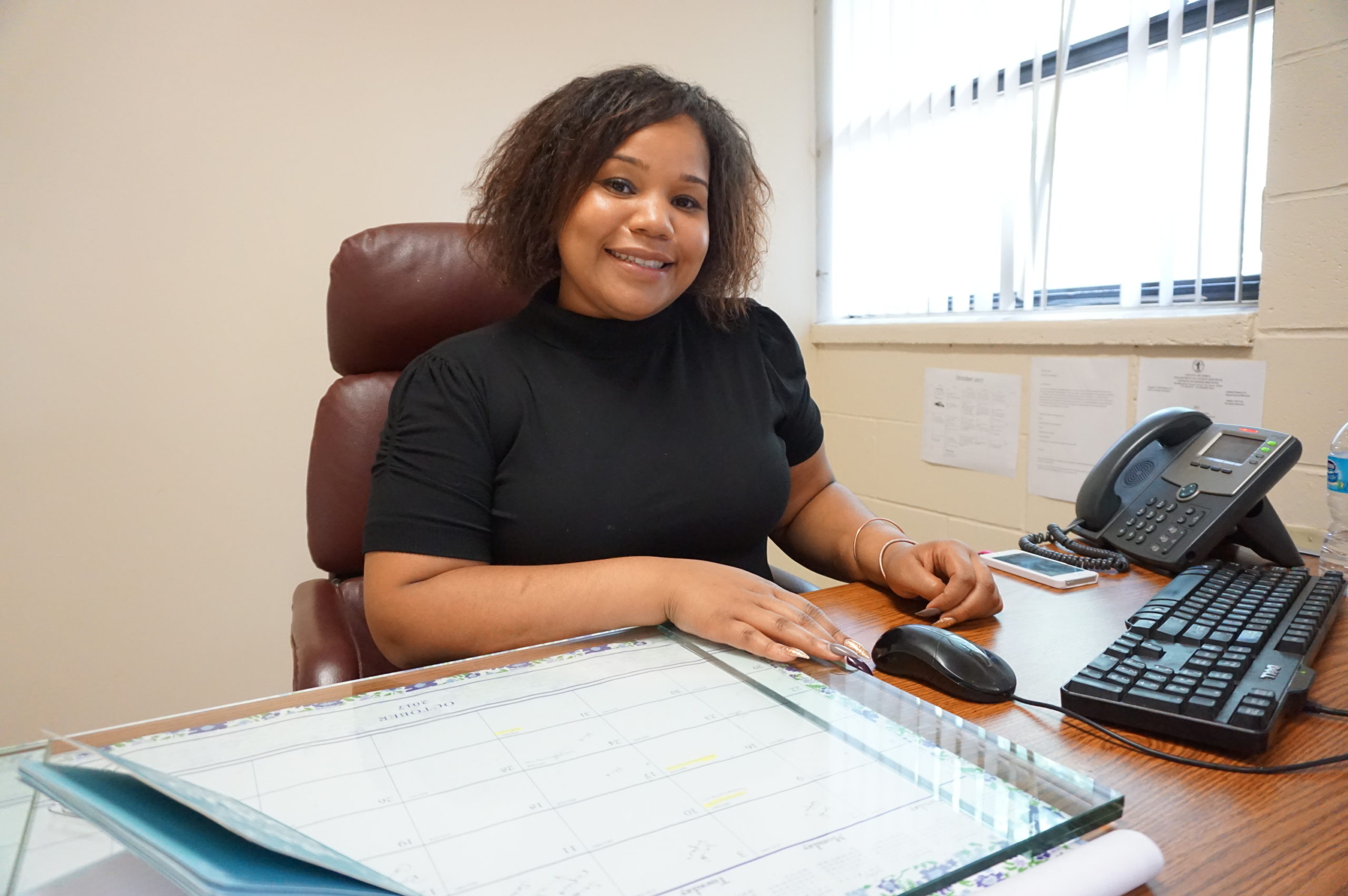 Giselle Oviedo has worked in Security, Human Resources and Social Services for New Community Corporation over the past decade. She is currently the Home Friends Coordinator and runs the emergency food pantry.

Giselle Oviedo has spent her entire professional career with New Community Corporation, serving in a variety of roles over the last decade.

In mid June, she became the Home Friends Coordinator, overseeing six employees that are part of the program, which is funded by Essex County. Home Friends provide Central Ward residents with services not covered by Medicaid, including laundry, meal preparation, food shopping and companionship. Oviedo also runs the emergency food pantry for New Community, which is open from the 16th to the end of each month.

Her journey at New Community started in March 2008 when she was 18 years old. That’s when she became a security officer for the organization. After serving in that capacity, she received a call from Human Resources Manager Anna Sing-King asking if she would be interested in working in an administrative role in HR. Oviedo applied and got that position.

In mid 2009, Oviedo went back to school with the help of New Community and received a certificate in business administration. She learned the ins and outs of Human Resources and served as the benefits coordinator.

In 2013, she saw an opening for a care coordinator position at Manor Senior and decided she wanted to make a change and join the Social Services Department. It took a little convincing on her part since she didn’t have specific experience in the area of social services, but Oviedo was able to land the job and started as a care coordinator in September 2013.

“I loved it from day one,” Oviedo said.

She enjoys helping people and overcoming challenging situations. When she was a care coordinator, Oviedo said she had one resident who seemed somewhat cold and distant. She decided to contact her family to see what was going on. It turned out the woman had suffered abuse in the past and had a hard time trusting people and letting them get close to her. Oviedo found out when her birthday was, got her a card and had the other residents on her floor sign it for her. The gesture showed the woman that other people do care and it helped her have more meaningful relationships with her neighbors and staff.

In her current role, Oviedo makes sure residents in need of help get visits from a member of the Home Friends team. She said for some, a Home Friend is the only visitor they have. She also takes pride in running the emergency food pantry, which serves many people who run out of money for food by the middle of the month.

“Giselle is always willing to learn new things and embodies what it means to be a team player. She takes pride in her work and sets an example for others and the residents we serve at New Community,” said Assistant Director of Health and Social Services Donnette Burrowes-Williams.

Oviedo grew up in North Newark and was raised by her father. Her sister is Luz Toro, care coordinator at Douglas Homes. Oviedo lived in New Community properties from 2009 to 2012 before moving back to North Newark. She has two sons, ages 10 and 8.

Oviedo hopes to earn an associate’s degree in human services and may pursue a bachelor’s degree as well. But she expects all that to happen while she continues working at New Community.

“I expect to be here for many more years,” she said.