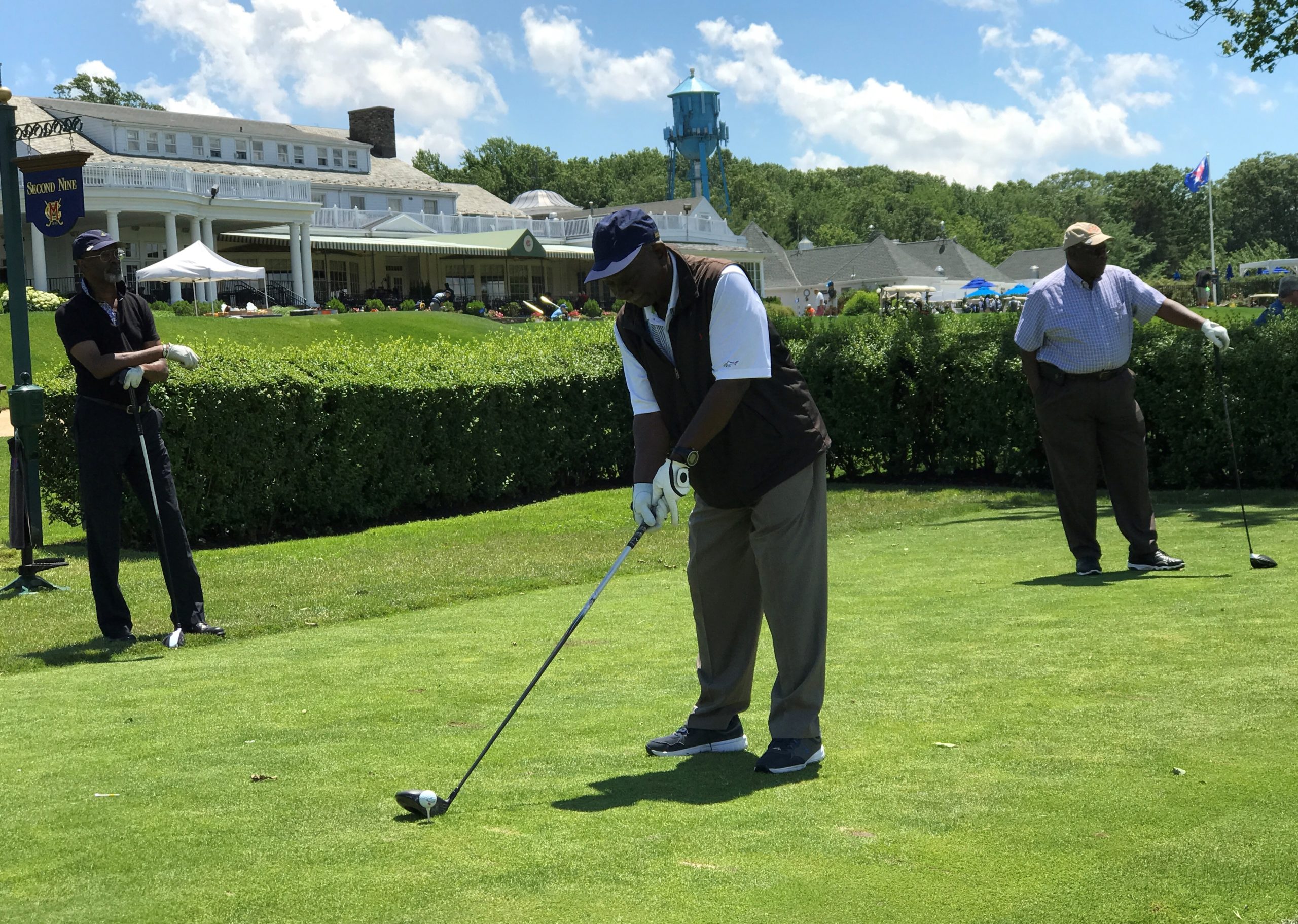 It was a beautiful day for New Community’s 23rd Annual Golf Outing, held at the Montclair Golf Club in West Orange June 27. Fifteen teams took to the course, all in support of NCC educational programs, the Monsignor William J. Linder Scholarship Fund and Harmony House, NCC’s transitional living facility for homeless families.
After an afternoon of driving and putting, participants enjoyed a dinner and reception where they heard from two women changed by NCC: Lovelene Glaude, program assistant at the New Community Workforce Development Center and former Harmony House resident; and Anna Sing-King, Human Resources manager for New Community who came to the organization as an unemployed 24-year-old with a 4-year-old child
“I want to thank everyone that has contributed to NCC,” Glaude said. “Because if it wasn’t for you, I don’t know where I would be.”

Sing-King said NCC has helped her grow personally and professionally. “I have a family (a husband, a daughter and a son), I have been promoted several times, I earned by bachelor’s degree in 2013, I own a home and, most of all, I have learned to give back what I have received,” she said.
This year’s event co-chairs were Douglas R. Ewertsen, senior vice president of Wells Fargo Insurance Services; Michael Pintabone, partner at Withum; and Dr. A. Zachary Yamba, NCC Board of Directors member and president emeritus of Essex County College.
Tags: 23rd Annual Golf Outing, A. Zachary Yamba, Anna Sing-King, Douglas R. Ewertsen, Essex County College, Harmony House, Homeless, homeless families, Lovelene Glaude, Michael Pintabone, Monsignor William J. Linder Scholarship Fund, Montclair Golf Club, NCC, New Community, New Community Corporation, New Community Workforce Development Center, Wells Fargo Insurance Services, West Orange, Withum