You are here: Home » Blog » Employee Of The Month: Anthony Forte

Employee Of The Month: Anthony Forte 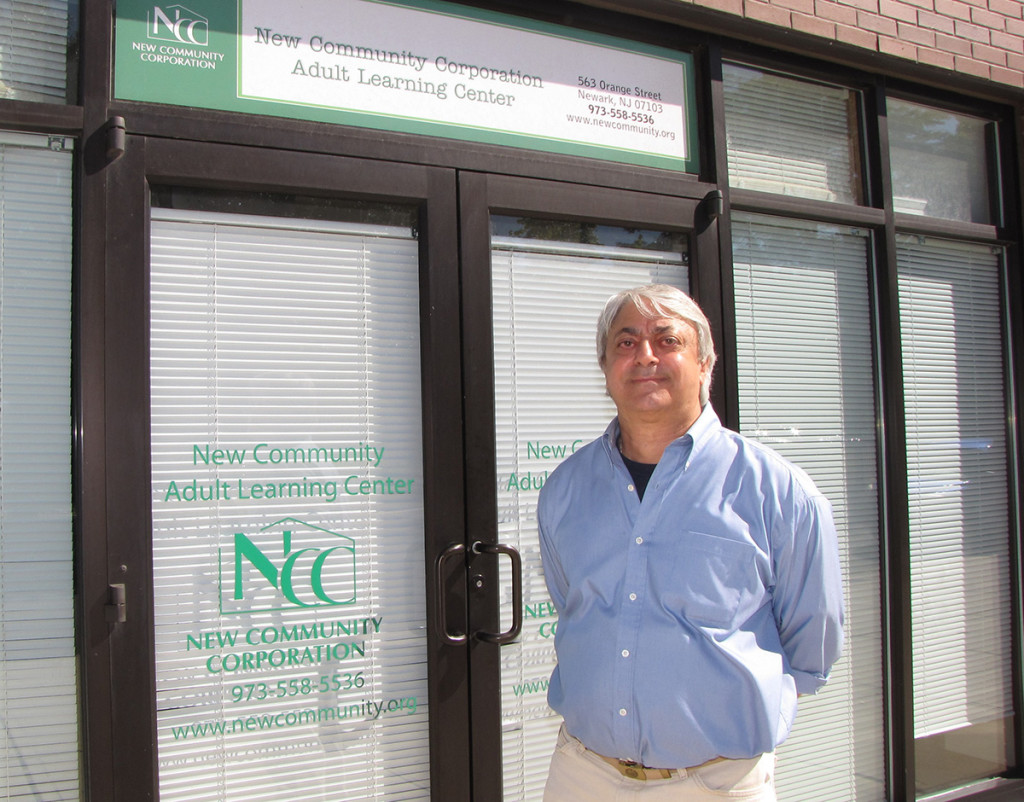 Anthony Forte teaches English as a Second Language at NCC Adult Learning Center and is also a professional musician.

Anthony Forte has a keen ear.

An instructor of English as a Second Language at NCC Adult Learning Center, Forte’s class is comprised of ESL students from half a dozen countries around the world.

When Forte hears his students craft a sentence in English or laugh at a joke, it’s sweet music to his ears.

In fact, Forte is a professional musician and is multilingual—he speaks French, Italian, Portuguese, Spanish and is currently learning Chinese as a hobby. He’s accustomed to singing or performing guitar solos in front of large crowds, but Forte says he gets a different energy from standing in front of a classroom. In addition to his sharp ear, Forte says he’s learned to keep a close eye on his students’ facial expressions.

“You see that light bulb come on and you know they get it,” he said.

When an ESL student looks confused, Forte zeroes in on him or her and keeps engaging the student until he or she understands the lesson.

“Every time we have questions, he stops and tells me what’s going on,” Mena, 25, said of Forte. “He takes the time.

“In my opinion, he’s one of the best teacher’s that I know,” added Mena, who was born in the Dominican Republic.

Cristhian Barcelos, Director of the Adult Learning Center, described Forte’s commitment to NCC’s mission—which is to help residents of inner cities improve the quality of their lives to reflect individual, God-given dignity and personal achievement—as being “beyond all expectations.”

“His years of experience as an ESL instructor have made it possible for many students to reach their goal of being better prepared for the challenges ahead in their lives as well as to continue their education,” Barcelos said of Forte, who began working at NCC in July of 2007.

Born in Newark, Forte grew up in the Silver Lake section of Belleville and performed his first gig singing on television at age 5. Forte credits his uncle, John Forte, whom he describes as a mandolin virtuoso, with teaching him to play guitar at age 9. Since then, Forte has performed in 26 states and 24 countries. He previously lived in Los Angeles and New York City but has settled in Nutley, where he administers an ESL program at the Nutley Public Library. He also previously taught ESL at Bloomfield College and the Harvest Institute in Newark. Forte entered the teaching profession as a permanent high school substitute teacher in Belleville and Nutley. When he’s not teaching at one of his two ESL programs, Forte says he’s working on publishing songs.

Forte’s passion for teaching is very evident, according to Barcelos.

“Mr. Forte is always the first one to offer suggestions on how to improve our services and he is very committed to his students,” he said.

Our mission is to help residents of inner cities improve the quality of their lives to reflect individual God-given dignity and personal achievement. Click the link to download our 2018-2019 brochure!